A couple of weeks ago the New York Sunday Times had a long report on American youth. It was called “It’s Life or Death: The Mental Health Crisis among US Teens.” There was a front page introduction and two full pages inside. I found the whole report sad and distressing. It consisted mostly of the stories of various teens who had succumbed to suicide, depression, mood disorders, or self-mutilation. I had suspected that the isolation of the pandemic was hard on youth but the Times’ report indicated this mental crisis began previous to the COVID outbreak. Something else is going on.

Teen use of cigarettes and alcohol is down. Teenage pregnancy is down. The kids are well educated. They are very sensitive to the climate crisis of the earth and disturbed by the lack of attention this gets in society. They are very tolerant of all groups of peoples and do not share the racism of their elders. They are open to LGBT people and want them to be recognized as fellow human beings. What then is happening? The report is not particularly helpful in looking for the causes of all this. It mentions the possible role of social media but says not enough data is available for assessing this influence on young people.

Surprisingly absent from the Times report is any indication of the loss or lack of meaning among the young. Do they feel their lives have meaning, or their future, the earth, the country, the church? I’d like to know if there is any connection in the fact that so many youngsters have lost their religion in the past twenty years. One commentator believes that the collapse of the Judaeo-Christian ethical system has led to the media, particularly advertisements, filling the gap of what is valued among us. To paraphrase Descartes, “I possess; therefore I am.”

I may be way off in my thoughts on this problem but here is what I am thinking at this time. First of all, don’t waste time in decrying their lack of going to church and don’t try to force them to go. Not only teens but many young people are just turned off by the institutional church. Since things are seldom black and white, however, it shouldn’t surprise us that surveys of Catholic youth show they are not only open, but appreciative, of people from within the churches reaching out to them! They are not accepting the Church as it is and which they see as hypocritical and mediocre in dealing with the real social issues of the day. Maybe all of us should not accept this kind of church either!

But the real culprit that I see is the culture of the west that we have bought into. Our Church, at least the Catholic Church, has bought into the American culture. Since the break-up of the inner-city immigrant churches in the mid twentieth century, so many of our churches have been places of comfort, solace, private devotion, passive acceptance of a priest-centered church. You might compare many suburban churches with Afro-American churches. The latter have come out of pain, suffering, discrimination. Continued racism in our country has helped this form of Christianity to survive. But affluent, materialistic, consumer driven Americans have been Catholics of another ilk. The shortage of priests is bringing this type of parish to a crisis point.

But, and this is my opinion, there is another force at work that disturbs youngsters. This ingredient is FEAR. Now fear can be a helpful emotion in our lives; it may move us to action. But it can also make us withdraw and be defensive reactionaries. Young people share a fear of the future with the effects of climate change but do not see their elders largely upset about it or adjust their lifestyle to cope with it. Inflation, a war in Ukraine, immigrants at our borders many of whom are working to integrate into our society, the threat of Black Lives Matter, growing numbers of Muslims: these are all societal changes that threaten many people. And sources such as Fox News and many politicians deliberately stir up fear at these happenings.

But if fear is real, hope for religious people is even more real. Jews, Christians and Muslims all are formed by scriptures that have us believe in a God of the future, a God who keeps promises, a God up ahead, who is still creating this world and calling us to share in this building. We need our children and grandchildren to bring this creation to a further plane. But they need us to show we are not overwhelmed by fear, that we believe in life that is based on love, sharing, serving and not just to make ourselves happy and comfortable.

We cannot lecture upcoming generations nor tell them what to do, but we can accompany them in their struggles. We can love and accept them no matter what. What we do and how we live speaks louder than any words. Prayer and meditation may be particularly effective with youth.

Please note that I do not speak on behalf of Glastonbury Abbey, the Archdiocese of Boston or the Catholic Church, though I hope my faith is in harmony with all these. Any error in judgment should be credited to me and not anyone else. 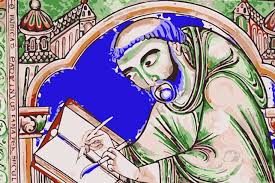